This page has been updated to include the most recent modeling efforts described in Smith et al. (2021).

Where are large fires most likely to occur throughout the year given an ignition?

This map represents the relative probability of large (> 1,000 acres) rangeland fire given an ignition. Probabilities are for the entire year or fire season. The map should be used alongside other fire risk or prediction services. Probabilities are calculated using RAP biomass, RAP cover, and various climate/drought indices. Maps are available in early March. 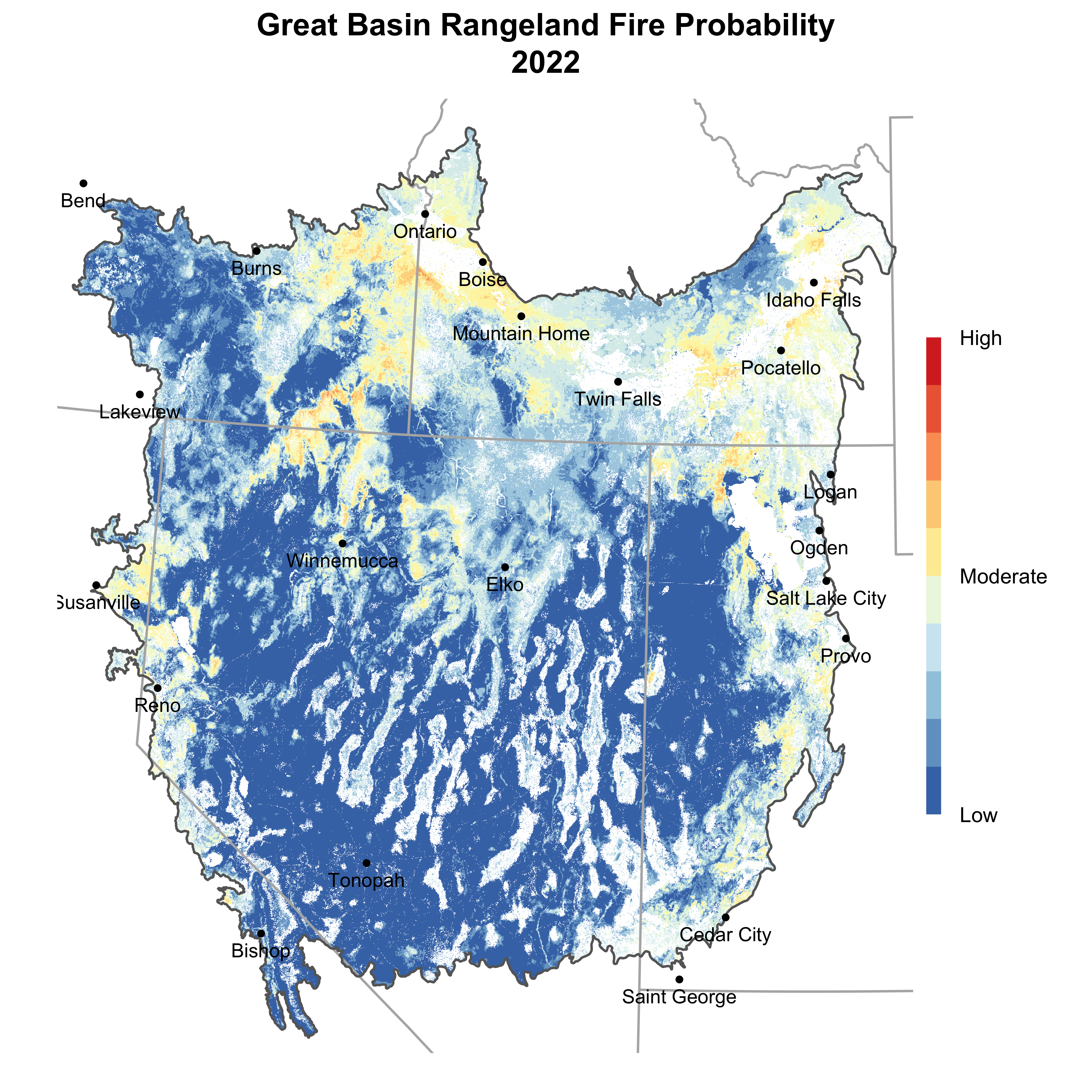 How does this year compare to the past?

There is a clear relationship between the area-wide average fire probability across the Great Basin in the month of March and the total area burned that year (see figure below). 2022 is shown as a yellow dot and represents a coarse prediction of the total area burned for 2022. This allows us to compare how the coming fire season might relate to past years in terms of total area burned. This prediction, however, entails considerable uncertainty. Besides fuels, the severity of the fire season depends on variables such as fire weather, ignitions, and fire suppression resource availability that cannot be predicted months in advance. 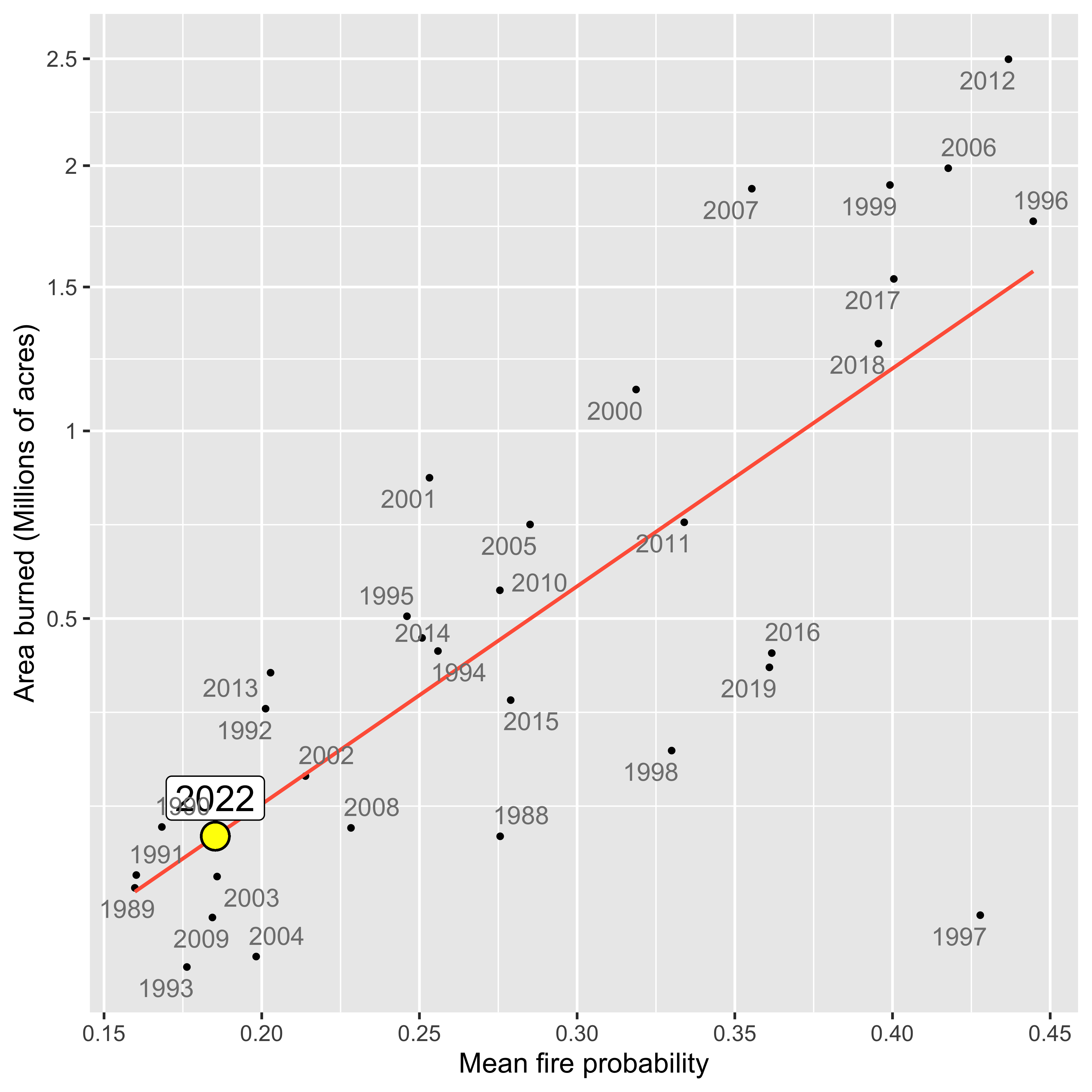 Across the Great Basin, there has historically been a strong correlation between the Palmer Drought Severity Index (PDSI) in June and the total area burned by wildfires the following year. This relationship, which corroborates the importance of the previous year’s vegetation production in controlling fire in the Great Basin, has been especially strong since about 2000. The PDSI from June of last year is therefore an additional indicator of the likely severity of the upcoming fire season. 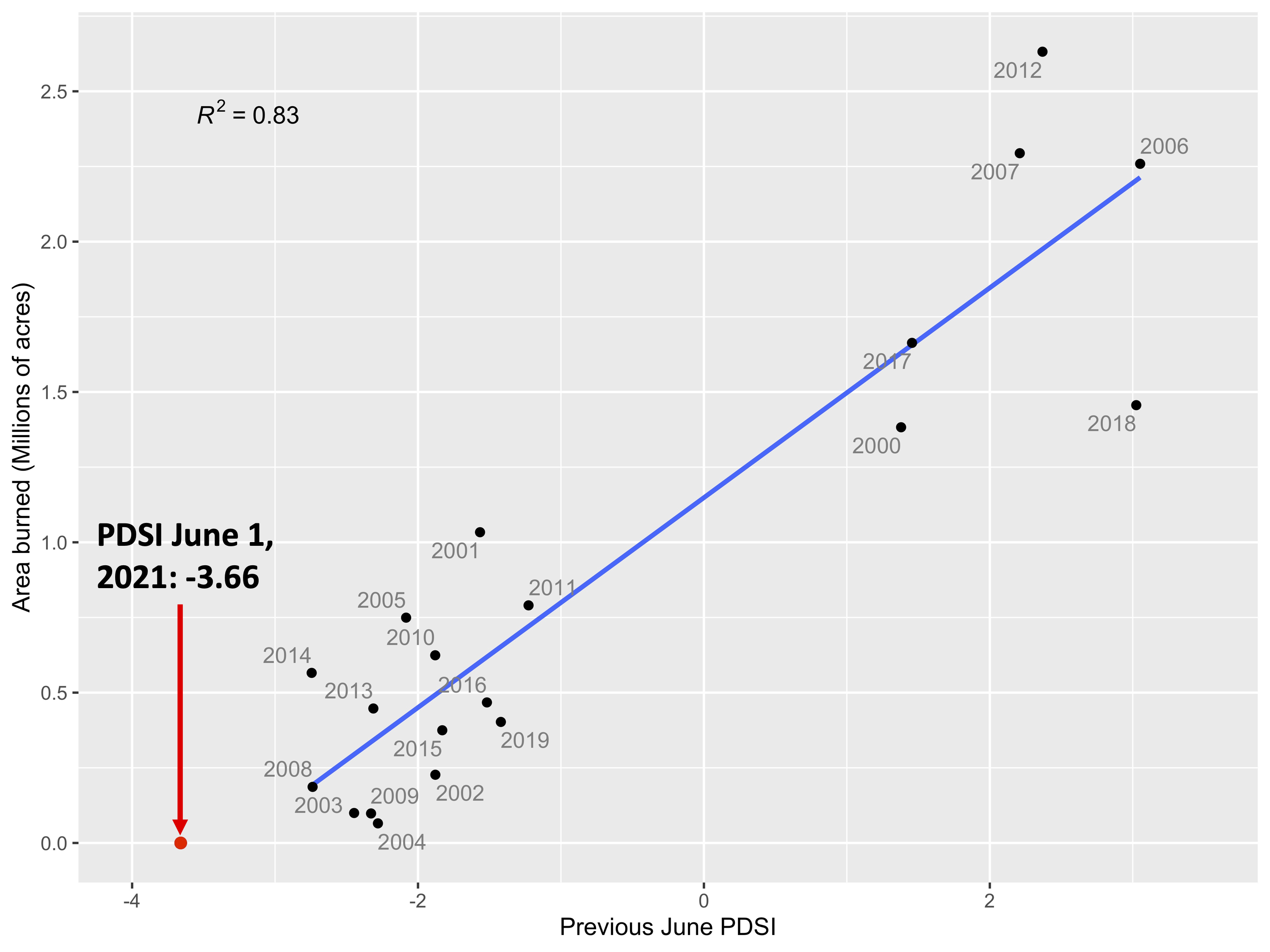 The figure below shows the total area burned each year (large wildfires >1,000 acres) in the Great Basin. Bars are color-coded to display how much of that area was in each probability category by March of that year. The overwhelming majority of wildfire occurred in areas with probabilities >0.5 (warm colors). Areas with lower probabilities (cold colors) burned much less. 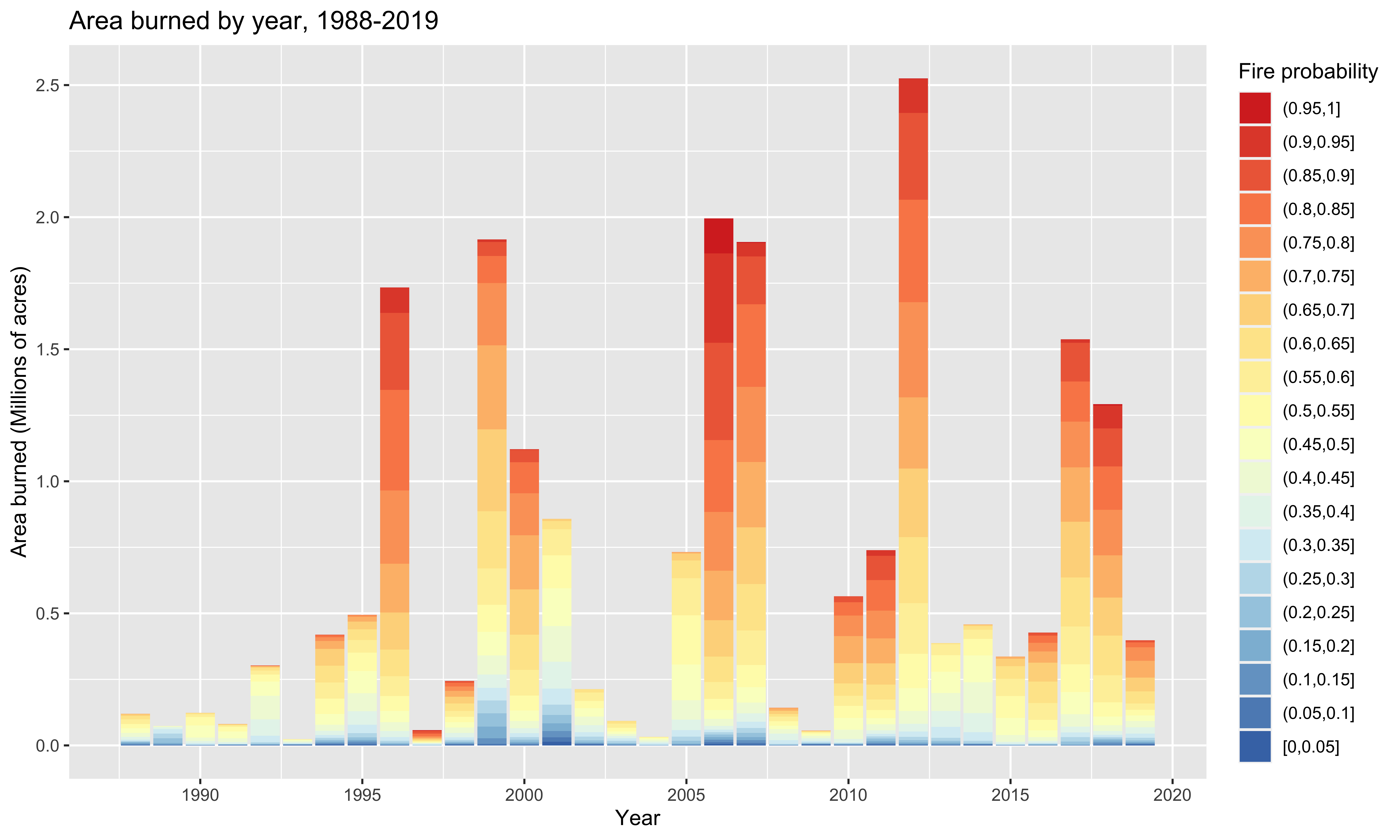 Probabilities of past years and the fires that occurred (depicted by purple polygons) can be viewed in the video below.